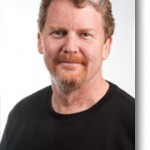 Christopher Stapleton’s background is as an experience producer and designer (www.christopher.stapleton.net) for international venues. His research in human experience has led to create a Media Convergence Lab at the Institute for Simulation and Training (www.ist.ucf.edu) to explore the next generation technology, techniques and talent for “Experiential Media.” New breakthroughs in Mixed Reality as well as theories in experiential learning led to the creation of Simiosys (www.simiosys.com) team to research, consult and develop the next generation product franchises in Mixed Reality that melted the boundaries between physical, virtual and imaginary realities. 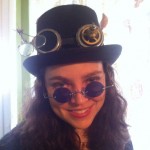 As creative director at Simiosys, Dana is focused on creating a compelling experience for the audience within the project design & development process. Dana’s background is interactive storytelling for live and virtual experiential design. She began working with interactive story as a Game Master for tabletop role-playing games, and continued that interest into live street theatre for interactive performance and Alternate Reality Game (ARG)  design. Apart from working with Simiosys, Dana is also involved in local theatre as an art director and projection artist. 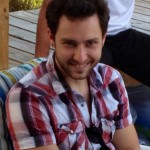 Justin has over four years of experience working with and developing for new media technology such as mixed reality, perceptual computing, touch interfaces, projections, and large format displays. He is also an experienced sound and graphic designer having created music and sound effects as well as visuals for multiple projects. Taking his passion for multimedia and new technology, he hopes to create innovative and compelling experiences that change the way we think and bring people closer together. 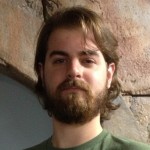 As a software developer, Ryan has experience in simulations, game development, and perceptual computing.  Although his passion lies in programming, Ryan keeps his artistry and creativity active developing 2D and 3D assets for projects along with painting and modeling as a hobby. 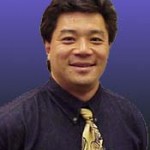 Dr. Atsusi Hirumi
Dr. Hirumi is an Associate Professor of Instructional Technology at the University of Central Florida. Born in New York, Dr. Hirumi spent most of his formative years growing up in Nairobi, Kenya, East Africa. He received his B.S. in biology from Purdue University with a secondary teacher certification in biology and general science. He received his M.A. in Educational Technology from San Diego State University and his Ph.D. in Instructional Systems from Florida State University. Dr. Hirumi’s work focuses on developing systems to train and empower K12, university and corporate educators on the design, development and delivery of interactive distance education programs. His research concentrates on the design and sequencing of e-learning interactions. He has published over a dozen articles, several book chapters, and has made over 50 presentations at international, national and state conference on related topics. Recent awards include the Texas Distance Learning Association award for commitment to excellent and innovation, the Star Faculty Award for outstanding teaching, research and service, and he is the only two time recipient of the WebCT exemplary online course award. 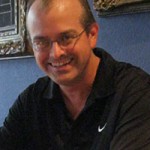 John Nadeau is an artist and illustrator, whose career has spanned comics, architectural renderings, TV, publishing, and themed entertainment design. In the 1990s, John was a comic penciller and cover artist  for comics such as Star Wars, one issue of Wolverine and one issue of Green Lantern Annual. He moved on to do Architectural Renderings for most of the 00s, and produced  over 100 full-color renderings for Genesis Studios for projects all over the world. John has created art and concept work for computer animation, TV commercials, and Publishing, with his employers and clients including GoConvergence, EPL Productions, Marvel Comics, DC Comics, Dark Horse Comics, EPL Productions, Universal, Simiosys, Ripley’s Believe it or Not, Nasal Corp and others.

Christopher Stapleton will be speaking at the AWE and Delight 2014 Conferences. Read about it here.